Composed by Paul Constantinescu, under the baton of conductor Gabriel Bebeșelea at the Romanian Athenaeum

The 2018 edition of the “George Enescu” International Competition begins with an extraordinary concert scheduled on 1 September starting 7.00 p.m. in the Grand Hall of the Romanian Athenaeum. Tickets are available in the Eventim network, as well as online on www.eventim.ro and on the Competition and Festival website, www.festivalenescu.ro, under the TICKETS section.

Paul Constantinescu’s Triple Concerto is the second of the two triple concertos in history; the other belongs to composer Ludwig van Beethoven and it was also performed on the opening night of the George Enescu Competition, at the 2016 edition, by laureates of the competition.

The interpretation on the opening night of the 2018 Enescu Competition is going to be recorded and released by the prestigious international record label Naxos.

The Triple Concerto for Violin, Cello, Piano and Orchestra was composed in 1963, Paul Constantinescu’s last year, and it is one of the reference works in Romanian composition. With a body of over 20 works including symphonic music, chamber music, as well as vocal music, Paul Constantinescu also wrote original music scores – “A Stormy Night” (1952), “A Lost Letter” (1953) and “The Mill of Good luck” (1956). The Triple Concerto is known to the Romanian audience particularly in the interpretive version of pianist Valentin Gheorghiu.

During the opening night of the 2018 Enescu Competition, in the second part of the concert, the orchestra will perform the winning composition at last year’s edition – “Concerto for Orchestra” – by young Chinese composer Tian Tian.

At the young age of 32, Romanian-born violinist Ștefan Tarara won the 2014 edition of the Enescu Competition with standing ovations due to his emotional interpretation of Tchaikovsky’s Violin Concerto in D major, Op. 35 – a concert that he defines as a love story. Born in Germany to Romanian parents, the violinist already has concerts on some of the most renowned stages of the world, from Philharmonie Berlin to Salle Pleyel in Paris and has performed under the baton of conductors such as Zubin Mehta and David Zinman. Ștefan Tarara plays a Nicolò Gagliano violin. 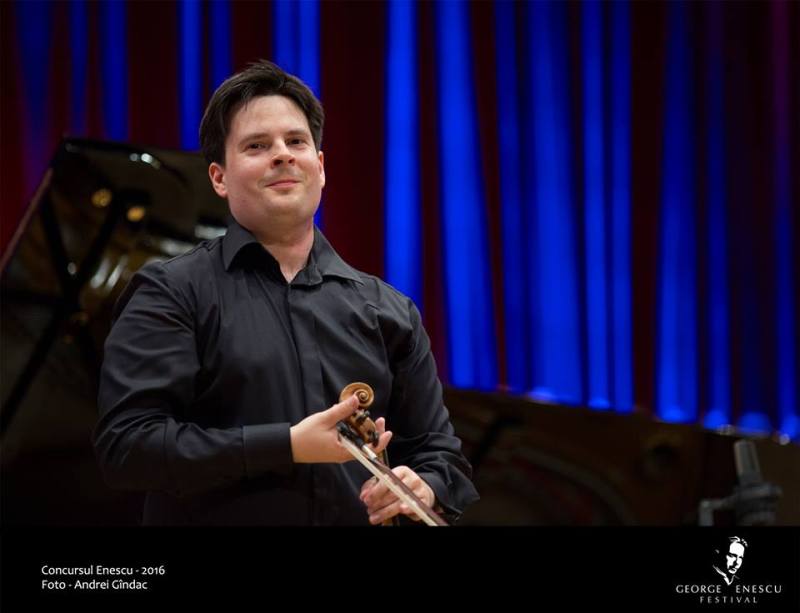 “George Enescu is a red thread in my life”, says Spanish pianist Josu de Solaun. He has recorded and released internationally the complete piano sonatas of George Enescu in 2016, at the prestigious record label Naxos, and the recording received awards in Spain. Today, Josu de Solaun is also appreciated on Romanian stages in the entire country, where he frequently comes to give recitals and concerts. A great admirer of composer George Enescu, the pianist was accommodated during the 2014 Enescu Competition in a rented apartment on George Enescu Street, in the same building where George Enescu himself had lived for six years. 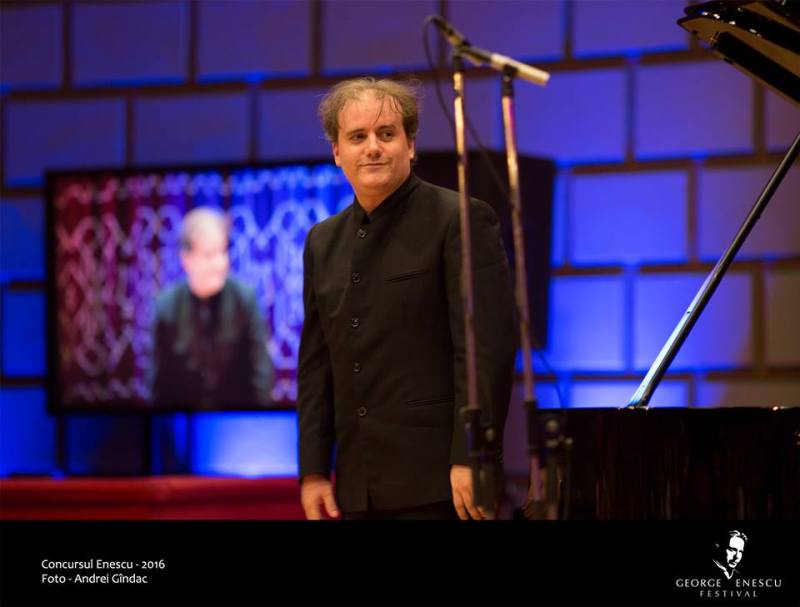 With a remarkable interpretive force, Eun-Sun Hong started to study cello at the age of nine. Born in Seul and settled in Germany, the cellist is present on the stages of renowned music halls in the entire world – London’s Wigmore Hall, Berlin’s Konzerthaus, Paris’ Théâtre des Champs-Élysées – and performs at reputed festivals – Ravello Festival in Italy, Casals Festival in El Vendrell, Piatigorsky Cello International Festival in Los Angeles, Kronberg Cello Festival in Germany, Seiji Ozawa International Academy in Switzerland. She studied with cellist Lluis Claret, a musician and pedagogue renowned and appreciated in the entire world. 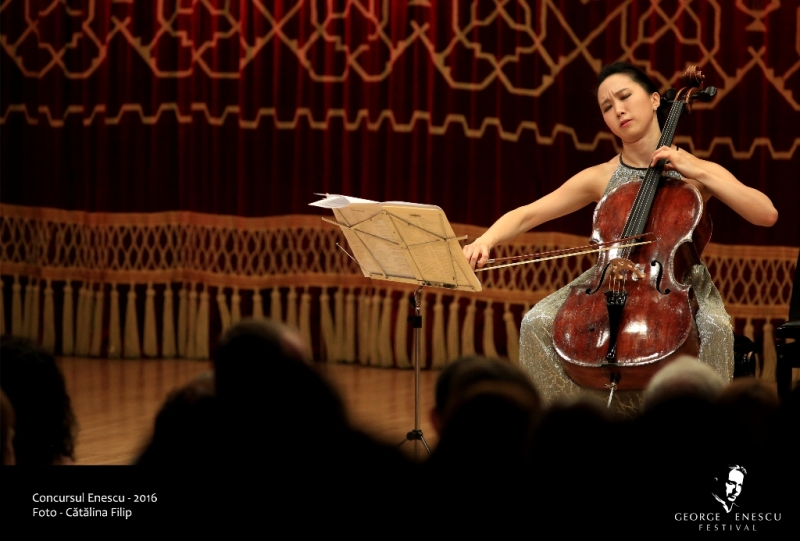 Conductor Gabriel Bebeșelea is a renowned name both in Romania and internationally. In 2011, at the young age of 26, he became conductor of the Iași National Opera, marking a premiere as the youngest employed conductor of a cultural institution in Romania. In the same year, Gabriel Bebeșelea also had an internship as assistant conductor at one of the first ten orchestras of the world: Royal Concertgebouw Orchestra Amsterdam. He had the opportunity to take part in the rehearsals and concerts of the most representative conductors today, such as Mariss Jansons and Bernard Haitink. He currently conducts on some of the most important international and Romanian stages. He is Principal Conductor of the “Transilvania” State Philharmonic and in early July he made his debut with the Konzerthausorchester Berlin.

Organised as a stand-alone event since the 2014 edition, “George Enescu” International Competition invites the audience to discover some of the most talented young artists today, great names of tomorrow’s classical music, and to follow and support their journey to the top: winning the competition. A total number of 270 young musicians from 39 countries, including 22 artists from Romania and the Republic of Moldova, will compete for the trophy of the 2018 edition in one of the four sections – Composition, Violin, Cello and Piano – 60 years after the first edition of the Competition.

Three of the most refined musicians of ...