George Enescu International Competition takes place between 1 and 23 September in Bucharest, it is open to the public and will bring a record number of young musicians to Romanian stages and before the international jury. The tickets will go on sale in early May.

A record number of young artists applied for the 16th edition of George Enescu International Competition (1-23 September 2018, Bucharest): 400 young musicians, from 46 countries, on five continents. With a 26% increase of applications, compared to the 2016 edition, Enescu Competition has a remarkable Romanian presence this year: elevated with 72% – a total number of 36 Romanian artists, applied particularly for the Piano Section. Compared to the last edition, China and UK doubled their representation in our competition, while the number of registered young musicians from Italy tripled.

Overall, in the four sections of the competition there are: 126 contestants in the Piano Section, 121 in the Violin Section, 126 in the Cello Section and 27 in Composition. 212 contestants are from Europe and the Near East, 148 from Asia, 29 from North America, 9 from Australia and New Zealand, and 2 contestants are from South America. Statistically, the countries with the largest presence are South Korea – 70 contestants, Romania – 36, China – 33, Japan – 26, Russia – 22, Italy – 22 and USA – 20. In the Piano Section, the Romanian participation is the second largest after South Korea, represented by 28 contestants. France has the largest participation in Cello, again after South Korea, which has the highest number of contestants per section, aside from Composition. For the Violin Section, the second largest representation is form Japan. 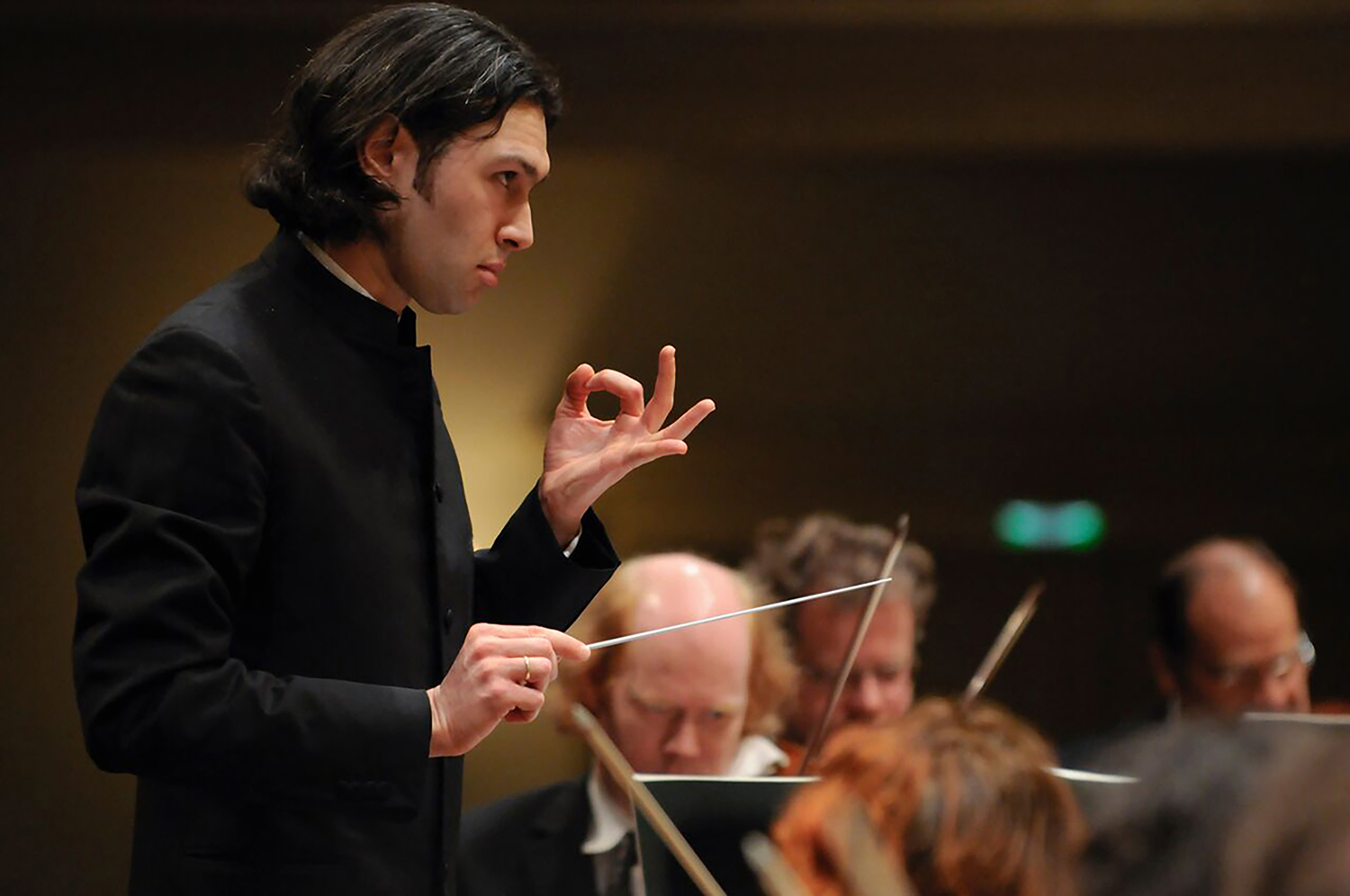 Building on George Enescu’s words, I would add that music is 30% excellence and professionalism, and 70% message. In today’s world, when the geopolitical context is so complex, classical music has the power to unite us by virtue of example. Various nationalities come together to play in an orchestra or in a choir – and this should suspend all conflicts and problems, because unless they do, it is impossible to play together. Music will never forsake you, it will never betray you, because music is harmony and peace. I think artists, musicians can bear this message of peace, of cohesion, and this is what we need to convey to young musicians. There is always hope, all we need is to invest in it, declared the Artistic Director of the George Enescu International Competition and Festival, conductor Vladimir Jurowski, in a special Skype intervention from Berlin, during the press conference that marked the opening of the 2018 edition of the Enescu Competition, on 25th April, at the Romanian Athenaeum. 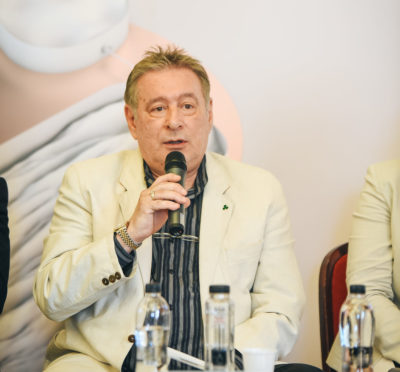 „I am very pleased to be part of this assembly that has a long history and tradition. I am convinced that the prestige and the mark of both Enescu Competition and Festival mean a lot, not just for Romania’s cultural and artistic life, but also, in general, for those who are familiar with the journey of this event. As partners, we will make sure everything goes as smoothly as possible, as it should be for such an international event, declared Mădălin Voicu, secretary of state in the Ministry of Culture and National Identity. 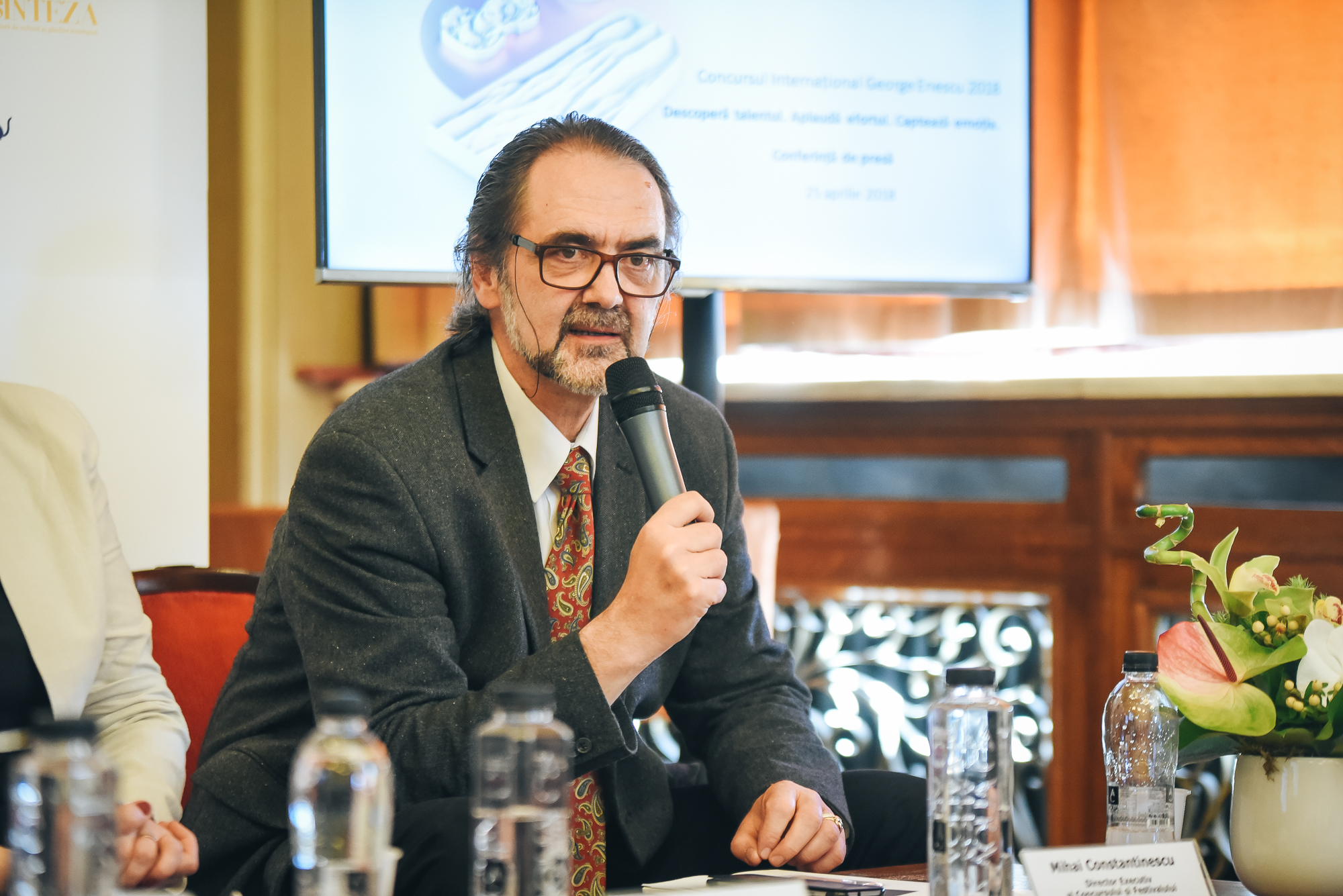 The George Enescu International Competition celebrates, at this time, 60 years of existence. We are very happy to see a record number of participants: there are 400 contestants that have applied for the four sections of the Competition and we are sure that not just the number of contestants is decisive in this edition, but also their quality – there are contestants who have been awarded important international prizes and they will participate in the Enescu Competition. We will open the edition with Gabriel Bebeșelea, conducting the vocal-symphonic piece that won last edition”, declared Mihai Constantinescu, Executive Director of the George Enescu Competition and Festival, during the press conference. 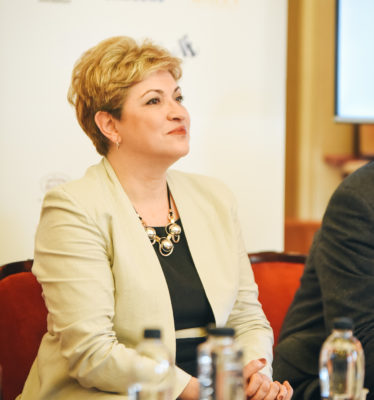 For this edition of the George Enescu Competition, through our two stations – Radio Romania Cultural and Radio Romania Muzical – we will broadcast live the gala concert, as well as the finals with orchestra, and we will record all the contestants’ performances, starting from Round II, as well as all the guest artists’ pieces, to launch a dedicated series”, declared Liliana Staicu, Director of the Radio Romania Muzical. 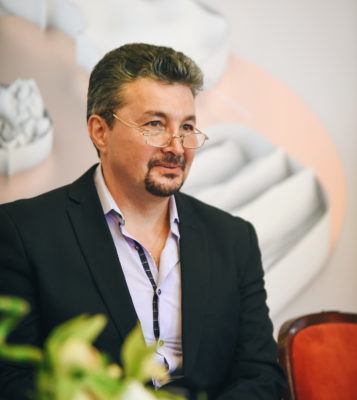 Naturally, the George Enescu International Competition, along with the George Enescu Festival, is one of the largest cultural events we produce and as a national television company, this is part of our strategic direction. The Romanian Television has been near the Enescu Competition from its very first edition, in 1958”, announced Mircea Neacșa, Director of TVR 3 channel.

“Discover the talent. Praise the effort. Capture the emotion”

During the 2018 edition and the anniversary of the Romanian Centenary, the George Enescu International Competition celebrates 60 years from its first edition. Building on the considerations of the great Romanian composer George Enescu, who used to say that in music one needs 30% talent and 70% practice, what George Enescu International Competition 2018 aims is to honour artists’ talent and hard work, the difficult road towards technical perfection and inspiration, in order to propose new visions of the works performed.

The George Enescu Competition 2018 has aimed to launch a dialogue with the young audience and the public at large. Counting on the essence of a musical competition – each artist’s different manner of performing, their personal mark in deciphering and delivering a score and the richness that the reception of classical music offers – this edition will bring a few music events and workshops to the public – both online and offline – that are meant to inspire and answer to the question: “What do we hear when we listen to music?” The projects will start in late May and will continue during the competition. Details about these projects will be provided over the next weeks.

Except for the First Round of the Competition – eliminatory – the other rounds, as well as the finals, will take place at the Romanian Athenaeum.

With respect to George Enescu’s music, several of his works will be performed at the 2018 edition, mandatory in the competition – for the Cello Section: Sonata no. 2 in C Major Op. 26 (Semi-Final) and the “Symphonie concertante” Op. 8, in the Final; for the Violin Section: Ménétrier – from “Impressions d’enfance” Suite Op. 28 (Round II) and in the Semi-Final, contestants may choose between Piano and Violin Sonata no. 2 in f minor Op. 6 and Sonata no. 3 in a minor Op. 25. In the Piano Section, young contestants can present one of the following compositions by George Enescu: Suite no. 2 in D major Op. 10, Sonata no. 1 in f-sharp minor Op. 24 or Sonata no. 3 in D major Op. 24.

Starting with the 2014 edition, the George Enescu International Competition has been organised as a stand‑alone event that can be attended by the public. With a remarkable international reputation, the Enescu Competition is a member of the World Federation of International Music Competitions and Alink‑Argerich Foundation – Piano Competition Worldwide. The total value of the awards at this edition is EUR 115,000, complemented by masterclasses held by the members of the jury, as well as special awards.

Cornel Țăranu – President of the Jury