For full functionality of this page it is necessary to enable JavaScript. Here are the instructions how to enable JavaScript in your web browser Alexandru-Ștefan Murariu and Junghoon Nam win the Composition Section of the Enescu Competition 2018 – George Enescu Festival

A total number of 27 young composers followed their dream of becoming great artists of the world and they competed with their scores in the Enescu Competition 2019. The jury of the Composition Section who selected the winner consisted of prestigious figures: Zygmunt Krauze (Președintele Juriului), Tim Benjamin, Dan Dediu, Adrian Iorgulescu, Peter Ruzicka, Hubert Stuppner și Cornel Țăranu.

The deadline for sending scores to participate in the Enescu Competition 2018 was the same for the application to the other sections of the Competition – the 15th of April. The scores are then sent to the jury, without the names of the composers, only with the motto and title of each composition work, a procedure meant to ensure equity. Between the 19th and 21st of September, the jury analyzed and evaluated the compositions. Independently, each member of the jury gave a mark to each composition, and the winning works were those of the young artists with the highest cumulative score for the category Symphonic Music and Chamber Music.

Alexandru-Ștefan Murariu graduated the Gheorghe Dima Music Academy from Cluj-Napoca, in the composition class of Maestro Adrian Pop. He is the laureate of the Liviu Comes, Alexandru Zirra, Ștefan Niculescu national competitions and won the 1st prize at the chamber music section with his work entitled „El Nino”, in 2014 at the George Enescu International Competition. In 2015 he won the George Enescu Scholarship offered by the Romanian Cultural Institute, which consisted of a two month residency at the Cité Internationale des Arts in Paris. In 2017 he won the Romanian Composers and Musicologists Union prize with the work „Espaces I” for string quartet. His works have been performed both nationally and internationally by ensembles from Romania, Germany and Scotland. He has participated in the master classes of Karol Beffa, Allain Gaussin, François Paris, Isabelle Duha (France), Jörg Widmann, Manfred Stahnke (Germany), Fabio de Sanctis de Benedictis (Italy), Michael Hersch (U.S.A), Dan Dediu, Cornel Țăranu, Costin Miereanu (Romania), Agustín Fernández (U.K.). At the present, he is an Instructor at the Gheorghe Dima Music Academy. 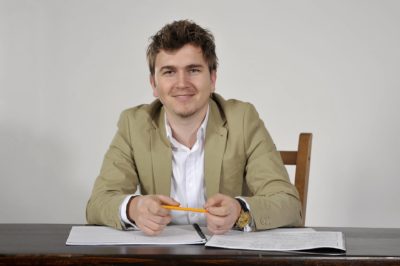 The winner of the Chamber Music category,  Junghoon Nam is a composer of contemporary classical music, born in Daegu, South Korea on the 19th of February 1992. He studied composition with Einsil Kwon at the Keimyung University (bachelor) in South Korea. He is currently studying with Isabel Mundry in Hochschule für Musik und Theater München (master) in Germany. Junghoon was given a scholarship for his brilliant performance on composition at the Kemyung University and he was also awarded the 3rd prize at the International Jean Sibelius Composition Competition. 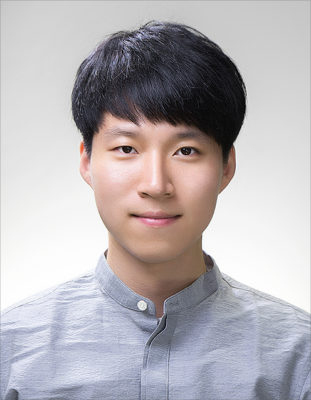