For full functionality of this page it is necessary to enable JavaScript. Here are the instructions how to enable JavaScript in your web browser High school students like classical music, but they only listen to it occasionally and they prefer recordings | George Enescu Festival

Home›News›Competition›High school students like classical music, but they only listen to it occasionally and they prefer recordings

High school students like classical music, but they only listen to it occasionally and they prefer recordings

Over five hundred young high school students attended the workshops entitled “What do we hear when we listen to music?”, a project of the “George Enescu” International Competition, launched to train young audiences to appreciate classical music interpretations and increase the appetite of teenagers and youth for this music genre.

Musician Paul Ilea and actor Marius Manole talked about some of the elements characterising interpretation: tempo, phrasing, nuancing, clarity of sound, technique and mastery of the instrument, in an interactive workshop, with video and live exemplifications, using comparisons between theatre and music.

The workshops were extremely vivid, and the youth articulate and clear as regards their preferences. Most young people who attended the workshops say they have listened to classical music before, but occasionally, rather than actively, and they prefer recordings to concerts. During the dialogue, the students identified criteria to appreciate classical music on their own and they received with great curiosity the information about the manner in which ages leave a mark on the music produced. The informal approach and the novel mix of classical and modern, combined with a clear structure, were also appreciated by the teachers of the visited high schools, who expressed their availability for future meetings.

“I’ve worked with young people for a long time as a music producer, so I’ve tried to combine classical sounds with those they’re familiar with. We’ve made mash-ups between Mozart and Șatra Benz, we’ve listened to a composition by Samuel Barber and its reinterpretation by DJ Tiesto and we’ve seen the beauty of classical music together and the fact that it inspires modern music to this day. I was impressed with the knowledge some of them have and the capacity of many of them to express arguments”, says Paul Ilea, who led the workshops music-wise.

“Although I’m an actor, not a musician, I’ve felt excellent as dialogue facilitator. My role was to keep the conversation about interpretation flowing, to give rise to new ideas and settle the categories we’ve discussed. I’ve also introduced a comparison to acting techniques, which supported Paul’s endeavour. After all, both the actor and the musician interpret a… text. I’ve seen so much availability that I’ve become a bit more optimistic about the future and tomorrow’s Romania”, concluded Marius Manole.

Mihai Constantinescu, Director of the “George Enescu” Competition and Festivals, hopes to resume the workshops this autumn in several high schools in Bucharest and in the country. “We wish to find the resources to promote this type of open dialogue about classical music, at the crossroads between genres and worlds. Thus, we hope to bring the young audience closer to the experience of concert halls and classical music. We are optimistic after these meetings, but also realistic, that is, we know that our dialogue has only taken place in a laboratory so far.”

The topics tested in the dialogue with the young students will be the foundation of a series of educational films about interpretation in classical music. They will be launched close to the beginning of the “George Enescu” Competition as a support element for music lovers and for the young people who wish to attend the concerts and recitals of the “George Enescu” Competition, which will take place between 1 and 23 September 2018.

“We have retained the idea that these young people have given us, namely to promote classical music events to teenagers in a more direct manner and we will think of options to get closer to them, to help them include classical concerts in their agenda”, said Mihai Constantinescu.

The project “What do we hear when we listen to music?” ran in the period 4-8 June at the “Gheorghe Lazăr”, “St. Sava”, “Gheorghe Șincai” and “Mihai Viteazul” National Colleges. 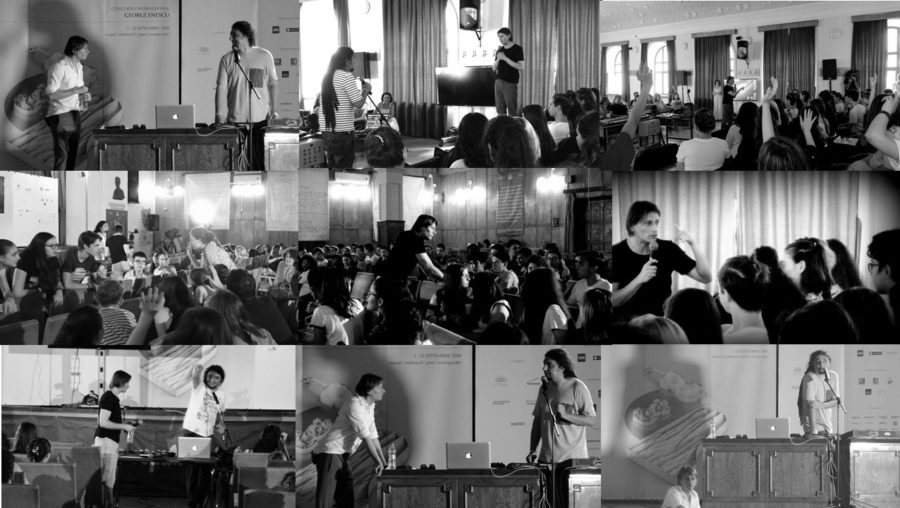 About the two project leaders

The 16th edition of the “George Enescu” International Competition takes place between 1 and 23 September 2018 in Bucharest. It is the largest international classical music competition in Romania and attracts young musicians and composers from all over the world, who wish to prove their talent in the four sections of the competition: piano, violin, cello and composition. The performance and the compositions of the contestants are assessed by an international jury including important figures of international classical music, such as: Philippe Entremont, Pierre Amoyal, Salvatore Accardo, Jean Jacques Kantorow, Viktor Tretiakov, Peter Jablonski, David Geringas, Zygmunt Krauze, Arto Noras, Myung-Whun Chung, Raphael Wallfisch, Jian Wang, Marin Cazacu, Remus Azoiței, Dan Dediu, Silvia Marcovici and more.

All rounds of 2018 Enescu Competition – Round I, Round II and Round III, the Semi-Finals of the three competition sections (Cello, Violin and Piano) – are open to the public, as well as the Final Galas with Orchestra (Cello Final – 11 September 2018, Violin Final – 17 September 2018 and Piano Final – 23 September 2018) and they will take place at the Romanian Athenaeum.

The 2018 edition of the “George Enescu” International Competition has a record number of young artists. 400 young musicians have enrolled, coming from 46 countries on five continents, a 26% increase compared to the previous edition; this year, the Competition also has the largest Romanian participation in its history.

The credo ruling the 2018 edition of the “George Enescu” International Competition is “Discover talent. Praise effort. Capture emotion”. Building on the words of the great Romanian composer George Enescu, who said that music requires 30% talent and 70% work, 2018 “George Enescu” International Competition aims to be a celebration of an artist’s gift and work, culminating in the participative joy of the audience: an invitation to experience emotion together. 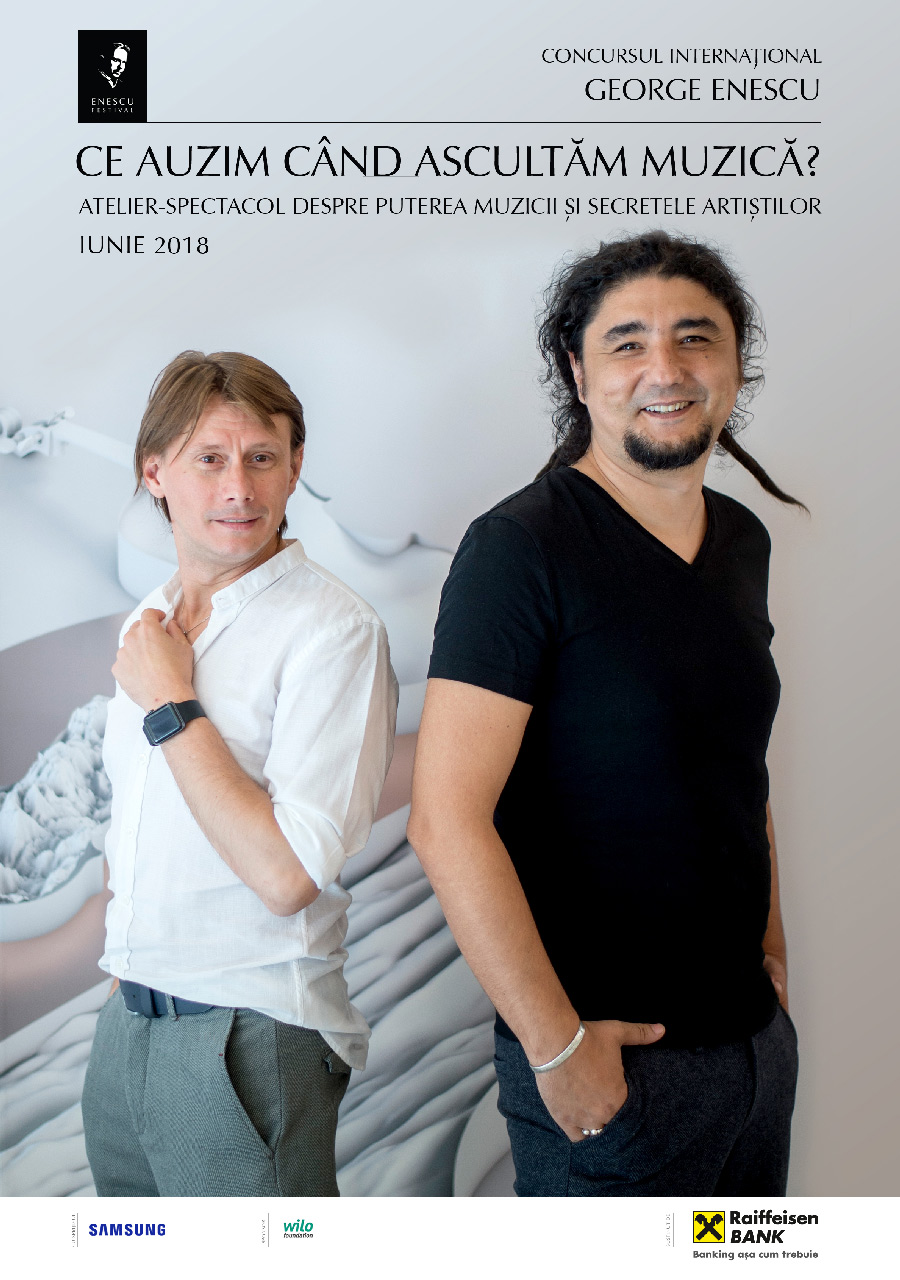