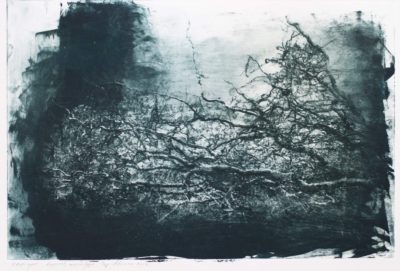 The winning artwork is Suite No. 3 for Piano and it received the highest score, according to the opinions expressed by the jury consisting of six musicians: violinist Remus Azoiței – professor at the Royal Academy of Music, Gabriel Bebeșelea – conductor of Transylvania State Philharmonic, Cristian Lupeș – conductor and manager of the State Philharmonic Orchestra of Sibiu, Tiberiu Soare – conductor of the National Opera, pianist Josu de Solaun and violinist Alexandru Tomescu. 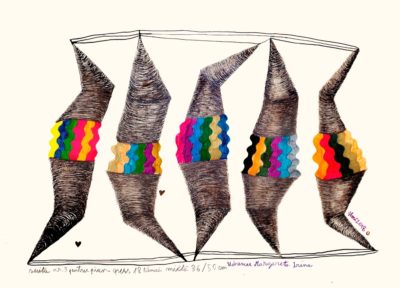 “I have watched all the rounds as organiser of the competition, and it was extraordinary to see the commitment and dedication of Romanian artists, triggered by Enescu’s music. It is proof of the power that our composer had, of his vision and his capacity of art promoter in general. I hope this competition will become a tradition and we can pair the entire body of work of the Romanian composer with contemporary interpretations by Romanian artists today. Expo Arte Cultural Centre supports and capitalises on visual art in all its forms, and the talent and creativity of Romanian artists, as well”, says Mihaela Păun, manager of Expo Arte Cultural Centre.

The theme of the national art competition, launched for the first time as an associated program of this edition of “George Enescu” International Festival, was the challenge of translating into a visual language one of six compositions by George Enescu proposed by the organisers. The artists could choose to be inspired by Impressions d’enfance, Sonata for Violin and Piano, “Vox Maris”, Orchestral Suite No. 3 – “Villageoise”, Suite No. 2 for Piano, Suite No. 3 for Piano and Sept Chansons de Clément Marot.

The most attractive compositions for the artists were Impressions d’enfance, with 53 artworks, and Vox Maris, represented in 52 artworks.

“I find it emblematic that visual artists have allowed themselves to be inspired by the Impressions d’enfance, composed by a mature Enescu revisiting his personal roots. I also find it interesting how Enescu’s works were translated into images and how we can thus compare various artists’ perceptions of the same compositions. I believe that the exhibition will be a very expressive one. Enescu had great passion and talent for drawing and painting, and this interdisciplinary dialogue contributes to preserving the memory of the artist and to the attempt to describe his amazing personality”, says Mihai Constantinescu, Director of “George Enescu” International Festival.

“Enescu’s Images” National Art Competition was launched by a partnership between the organiser of “George Enescu” International Festival (Artexim) and the Bucharest Municipality City Hall, through Expo Arte Cultural Centre, as one of the associated programs of the 2019 edition of the Festival; it was supported by the Fine Artists’ Union, the National University of Arts Bucharest, the National University of Art and Design in Cluj-Napoca and the West University of Timișoara, and implemented with the support of Contemporanii Cultural Project.

Having reached its 24th edition, George Enescu International Festival will take place between 31 August and 22 September 2019. In the Bucharest concert halls we will see over 2,500 of the most valuable musicians of the world, coming from 50 countries, and 84 concerts and recitals will be presented. This year’s edition of the festival has a total number of 34 figures coming to Romania for the first time: 25 artists, including Marion Cotillard, Kirill Petrenko, Mitsuko Uchida, and nine world-class orchestras.

The 2019 edition of George Enescu International Festival awaits its audience in the Palace Hall, at the Romanian Athenaeum, the Radio Hall and the Small Palace Hall, to concerts and recitals grouped under six sections: “Great Orchestras of the World”, “By Midnight Concerts”, “Recitals and Chamber Music”, “21st Century Music”, “Mozart Week in Residence” and “International Composers’ Forum”. Concerts and events will also be organised in the Festival Square, along with conferences, record releases and book launches, and extraordinary shows.

ANNOUNCEMENT: Change of line-up at Accademia ...

Get your ticket now